Stadiums are needed to host various matches and sports events from time to time. Ranchi has a number of state-of-the-art stadiums.

JSCA (Jharkhand State Cricket Association) stadium is also called Ranchi International Cricket Stadium and is a new stadium. It was inaugurated on 18th January, 2013 and is among the best stadiums in India.
The stadium stands within the premises of HEC (Heavy Electrical Corporation) which is a Public Sector company. With a capacity of around 40,000 people and Birsa Munda Airport in the vicinity, it was no doubt the perfect location for ODI played between India and England on 19 January, 2013.The stadium incorporates 76 Corporate Hospitality boxes. Keenan Stadium in Jamshedpur is another International venue in Jharkhand. 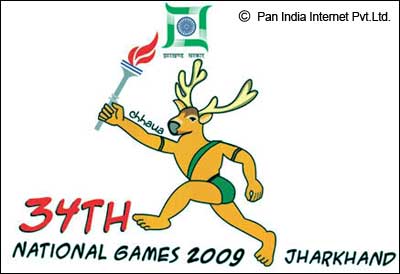 This stadium complex is well equipped with mast lights, tracks, recovery rooms, media centre, conference hall, VIP lounge etc. The stadium has a seating capacity of 35,000. The 34th National Games was also held in this stadium in Ranchi in the year 2011.Various events such as basket ball, wrestling, badminton, gymnastics, tennis etc. were all held in this stadium.

Other stadiums in this Mega Sports Complex in Ranchi are:

It is an ideal stadium for playing hockey. The Astro Turf has been imported from Germany. This stadium is also called Ranchi Hockey Stadium and has a capacity of 5000. Hockey is the National game of India and this stadium is all ready to host matches to enthrall the spectators. It is well equipped with big screen for live telecast of matches, floodlight facility for day and night matches and electronic board.

It has been named after freedom fighter and tribal leader 'bhagaban' Birsa Munda. His birthday falls on 15th November and this is also the day when Jharkhand state was founded in the year 2000.The stadium was inaugurated on 8th August, 2009. Football and Rugby are played in this stadium.

It is a venue for Lawn Bowls and Judo. Located on National Highway (NH 33), it comprises of artificial turf (37x37 metres). Another such bowl complex in India is in Guwahati. This stadium was constructed for about 2.35 crores.
Most of these stadiums have been named after freedom fighters of Jharkhand state or local heroes. For instance, Sidho Kanhu Velodrome Stadium, Ranchi Ganpat Rai Indoor Stadium, Birsa Munda Athletic Stadium etc.