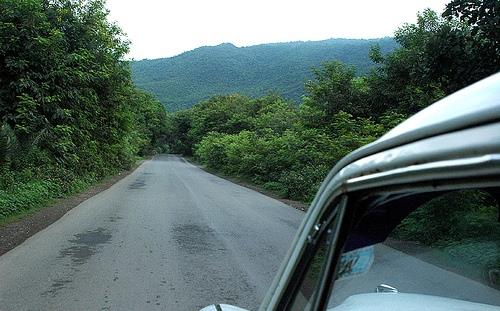 This highway is surrounded by different unfolded mysteries and stories. It is said that even safe driving and prayers cannot save a person while he is driving through this highway. People traveling from Jamshedpur halt at the famous Van Devi Temple located near the highway and those who are traveling from Ranchi pause at Taimara Ghati Hanuman and Kali Mandir in the highway. The main reason why these temples are visited often is for safety. People visit this temple and seek blessings and pray for their safe lives. But all goes in vain while you are traveling here. Huge numbers of people are murdered or face an accident while traveling from Bundu to Tamar which is nearly 40 km away.

After sunset, in the evening the area comes under Maoist and hence people generally do not travel during that time. It is known that people are often robbed and killed by the Maoist during that time. Hence people traveling during evening do not pause at the temples instead they throw money at the temple from a distance and pray for their safety. The prayers of several people remains unheard in this highway and this are proved as 246 people were killed over three years in this highway. Police say that this highway is prone to non fatal accidents than fatal ones. According to the police records nearly 60 people are injured over 20 days.

Local people believe that the highway is haunted by some evil spirit and this is the sole reason behind the increasing number of deaths in this highway. The priest of the Taimara Ghati Temple believes that there is lady dressed in a white cloth who is often seen roaming in the highway. The priest also added at night the lady is seen standing in the highway waiting for someone. Drivers driving at night in the highway have lost their control in order to save the lady. They have seen the lady crossing the road and in order to save her they have lost their lives. Many drivers have also seen men and women in blood crying for help. This is a common sight after an accident take place in the highway. 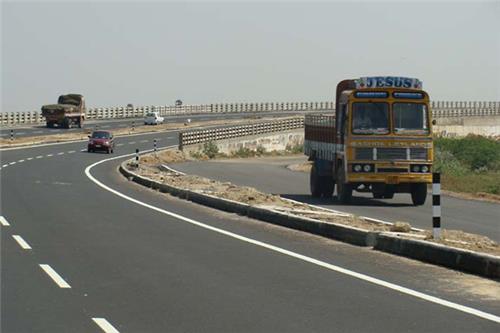 The cops however do not pay much attention to these ghostly affairs. They believe that the main reason behind such accidents is the narrow and sharp curves of the highway. The National Highway Development Project has undertaken the responsibility of widening this highway and they are expected to finish the work within 2 years. But anyone’s acceptance or disapproval will not change the fact that Jharkhand National Highway is one of the haunted places in India. Even the tribal locale residing near the highway say that there are evil spirits surrounding the highway and that evil spirit is responsible for the deaths.

Although the true story is yet to be discovered but facts and figures surrounding this place develops an eerie feeling altogether. You just cannot ignore the events happening in this highway. Hence if you are traveling via this highway NH-33 then make sure you avoid traveling at night. And if you are traveling at night then try to get some enchanting facts about this place and share it with the world once you are back off course if you are lucky that enough.

Explore more about About Ranchi