Ranchi is famous for its natural beauty, hospitality and tribal culture giving a real lifetime experience to its visitors. Wide forest areas surrounding Ranchi add to its attraction. Ranchi lies at 23.35°N latitude & 85.33°E longitude. The total municipal area of the district is 175.12 square kilometres. The average elevation is 651 m /2140 feet above sea level. 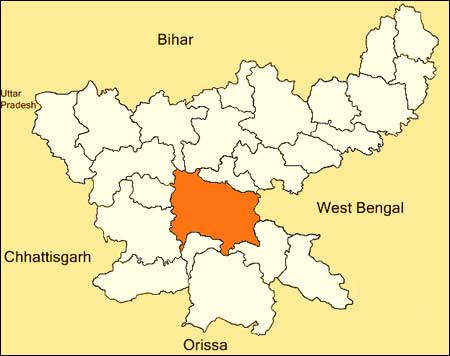 The Ranchi city is located in the southern part of the Chota Nagpur plateau. The main river system is Subarnarekha, South Koel and its tributaries. Dams have been developed on the channels Rukka, Kanke and Hatia to create reservoirs which supply water to the city’s population. There are many beautiful waterfalls in and around Ranchi, like Dassam Falls, Hundru Falls, Hirni Falls, Jonha Falls and Panchghagh Falls, thus it is also called the "City of Waterfalls." These add to the scenic beauty of the region. 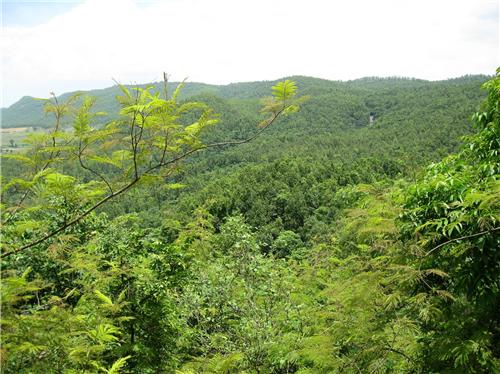 Ranchi has a hilly topography and dense tropical forests. The covered forest area of the district is approximately 159.14 hectares. The forests in and around Ranchi are home to a variety of trees and wild animals. The common variety of trees found in this area are Sal, Maugha, Simul and Gambhar. The species of wild animals which can be seen in the forests of this region are Bears, Nilgai, Hares, Sambar and Chital. The reddish soil found in this region is mainly formed by the disintegration of rocks and stones. Ranchi has a wealth of mineral resources like Mica, Fire Clay & Lime Stone, etc.

Ranchi has a humid sub-tropical climate, but its location, hilly topography and the forests surrounding combine to give it a relatively moderate & pleasant climate as compared to the rest of the Jharkhand state. Its climate was the primary reason why it was once considered as the summer capital & given a "hill station" status during the British Raj.
Ranchi district has three well-defined seasons: the hot-weather season, from March to mid-June; the monsoon season, from mid-June to October; and the cold-weather season, from November to February. May is the hottest month & December & January are the coldest months with temperature dipping down to freezing point. In summer temperatures ranges from 20 °C to 42 degrees, while in winter the temperature is between 0 °C to 25 degrees.
The annual rainfall in this region is about 1430 mm (56.34 inches). According to the The Köppen Climate Classification the district falls in the subtype -"Cfa"(Humid Subtropical Climate).Increasing population, pollution and industrialization have though resulted in a change in its weather patterns. The average temperature has increased throughout the year making summers hotter & winters colder.

Ranchi can be visited across the year due to its moderate temperature, but one can avoid the peak summer months. All festivals are celebrated with great enthusiasm, fervor, pomp and show by the local residents. One can visit Ranchi to enjoy festivals like Diwali (October), Jagannathpur Mela (summer season), Saraswathi Puja (October-November), and Holi (February-March).