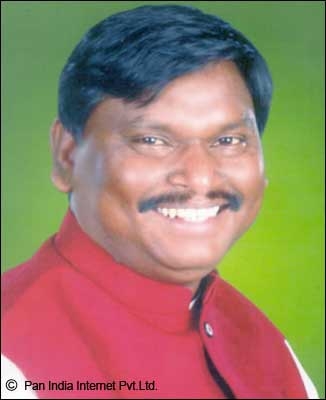 On January 8, 2013, the BJP-JMM coalition government led by Shri Arjun Munda collapsed. JMM (Jharkhand Mukti Morcha), under the leadership of Shri Shibu Soren pulled out of alliance with BJP. President's Rule was imposed in the state. The recommendation for Central rule was made by Governor Shri Syed Ahmed when Chief Minister Arjun Munda resigned after the withdrawal of support by JMM.
The Assembly was in suspended animation as no political party or alliance came forward to form a government. Madhukar Gupta joined as adviser to Governor Shri Syed Ahmed. Former CRPF DG K. Vijay Kumar too joined office as another adviser. They monitored and discussed with the Governor as to how implementation of development projects could be expedited.
The Governor Shri Syed Ahmed invited Shri Hemant Soren to be sworn in as the 9th Chief Minister of Jharkhand on 13th July, 2013. With this new political development in the state, the 174-day President's Rule in the state came to an end.
Hemant Soren led Government won vote of confidence on floor of the house in Ranchi on 18th July, 2013. They received support from 18 MLAs of JMM, 13 from Congress, 5 from RJD and 7 independent MLAs as assured by them to the Governor.
At present, the ruling coalition government is being headed by Shri Hemant Soren as Chief Minister of Jharkhand. He is the 9th Chief Minister of Jharkhand state and was sworn in by Governor Shri Syed Ahmed on 13th July, 2013. The 174-day President's Rule in the state (since 18th January,2013) has come to an end.
Jharkhand state  was  founded  on 15th November, 2000. No government has been able to complete 5-year term in the state from the time of its inception.

President's Rule was imposed in Jharkhand earlier too: 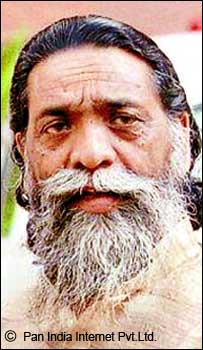 Generally, other circumstances which can lead to imposition of President's Rule or Central Rule in any state are:

Who's Who in Jharkhand: