Ranchi the capital of Jharkhand state holds the merit of being the centre of the Jharkhand movement, which called for a separate state for the tribal including the regions of South Bihar, Northern Orissa, 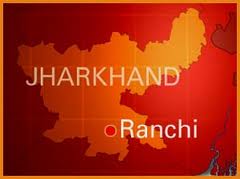 Western West Bengal and the Eastern area of what is present-day Chhattisgarh. Located in the southern part of the Chota Nagpur plateau, it was originally a tribal place with major parts covered by dense forest area. But today Ranchi has grown into a famous industrial town with the setting-up of a large number of public sector enterprises like Heavy Engineering Corporation (HEC), Central Coalfields Ltd. (CCL), Steel Authority of India Ltd. (SAIL), Mecon Ltd.,etc. The Captain of Indian cricket team MS Dhoni is also a native of Ranchi.Being an industrial hub, people from all corners are drawn to the city giving it a diversified & cosmopolitan culture. It is rapidly turning into a well- developed, dynamic & modern city with lots of potential in terms of economic growth.

Ranchi is now the second-most populous city of Jharkhand, with an array of modern markets, shopping malls, fast food joints & cinema halls. Due to the abundance of natural resources Ranchi is also known as the “Manchester of the East”. It boosts of nearly eighteen percent of the national mineral production. Ranchi is well connected via Rail, Air and Road routes, which makes it reachable from all parts of the India and World.

Two theories prevail about the origin of name of the city. According to one belief the City was named after a local bird ‘Rinchi’, mostly found in and around the famous “Pahadi Mandir”, the Hill Temple in Ranchi. According to the other theory it is believed that the name Ranchi is derived from the previous name of the Oraon village at the same site "Archi" meaning bamboo grove or stave which became Rachi & then finally Ranchi. In ancient times, Ranchi was ruled by Munda Rajas, their royal palace was the old Ram Temple in Ranchi. During the reign of Ashoka (273-232 BC), it was a part of Magadh Empire. King Kharavels of Kalinga taking advantage of the weakness of Mauryan Empire led on army through Jharkhand and ransacked Rajgriha and Patliputra. It is also said that Samudra Gupta (335-380 A.D.) during his expedition to Deccan passed through the areas of Ranchi. 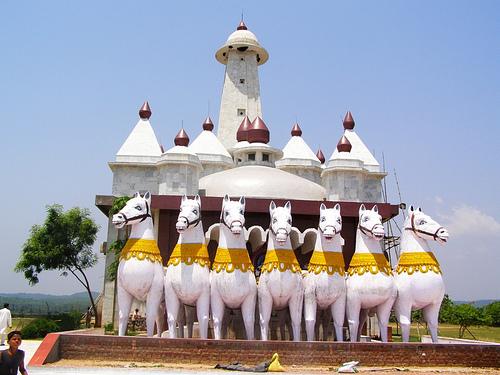 Ranchi at one time was also the capital of Chotanagpur Raj which, after being ruled by the Mundas, was ruled by the Shah Deos. Their palace which is still present, was in Ratu, approximately 11 km from Ranchi. After independence, Ranchi has been constantly progressing in terms of infrastructure, facilities & industrial growth. The presence of multiple tribal communities, have lend the city a unique heritage. The city depicts a perfect blend of modernism blended with an old world charm. The tribal communities have attained good positions in the society by their hard-work, while retaining their traditional values & culture. Ancient temples like the Sun temple, Pahari Mandir found in the city are a living example of its rich tradition & history. With the creation of Jharkhand, Ranchi was undisputedly declared the capital. Here it is important to note that Jharkhand came into being on 15 November 2000 by carving out the Bihar divisions of Chota Nagpur and Santhal Parganas. For More Click Here

Geography and Climate of Ranchi

Ranchi has a hilly topography & is endowed with natural beauty which makes it an interesting place to visit. It is located at an altitude of 654 meter above sea level & used to be the summer capital at the time of the British Raj because of its cool and salubrious climate. The Subarnarekha river flows by the side of the city. Dense forests around Ranchi consist mainly of Gambhar, Sal, Kend, Asan, Simul and Mahua. Wildlife species like Sambar, Bears, Chital, Nilgai and Hares are found in these forests. Ranchi is also known as the "City of Waterfalls" because of its numerous waterfalls. Ranchi lies at 23°21'N 85°20'E & the temperatures range from 20 °C to 42 °C in summers and from 0 °C to 25 °C in winters. December and January are quiet cold, with temperatures dipping to the freezing point in some areas. The Köppen Climate Classification subtype for climate of this city has been rated as “CFA"(Humid Subtropical Climate). For More Click Here

Art and Culture in Ranchi

Ranchi has been influenced cross-culturally by waves of Buddhism, Jainism, Mughal rule and the reign of the Hindu emperors. Believers of major religions from Hinduism, Jainism, Buddhism, Islam and Christianity can be found in the city which displays its uniqueness as perfect integration of unity in diversity. Tribal groups follow Sarna that is their particular religious faith, large number of tribals have converted to Christianity which reflects in the culture also. Traditional folk music and dances are popular among the residents here. 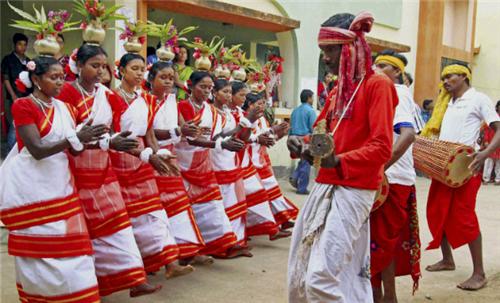 Hindi, Mundari, Nagpuri, Kurmali and Oraon are the main languages which are spoken in Ranchi. The area is known for specific arts like the Dokra art form besides traditional dances and music. They all define and reflect cultural amalgamation of this region. Several renowned artists have their roots from Ranchi like Oraon Bhittichitra, Jado Patiya and Santhali Bhittichitra. In the recent times, the art and culture department has been organizing some fairs and shows to promote & revive the ancient art forms. Nowadays the Tribals of Ranchi are luring visitors with the strong sounds of drums, flutes, cymbals and voices raised in traditional songs. The cuisine of the Ranchi includes delicacies like Dhuska, Peetha, Arsa, Chhilka, besides others. For More Click Here

One of the important festivals in Ranchi is Sarhul Festival, which is celebrated during the spring season (February-March) that marks the beginning of the New Year. Basant Panchami, Diwali, Holi, Dashhera, Chath, Jityya Bhaiya, etc. are the other festivals which are celebrated here. Ranchi Art & Culture are unique & people celebrate the local festivals with lots of enthusiasm & tradition. Rath Yatra is also an important event held every year. 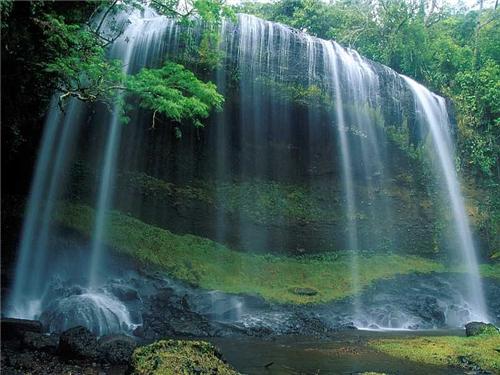 The abundance of attractions like ancient temples, beautiful waterfalls, parks, etc. has always drawn tourists from all corners of the world to Ranchi. The natural scenic beauty of Ranchi with greeneries has been a source of refreshment to the tourists for years. The hills, lakes, falls and gardens in Ranchi have added to the scenic beauty of the city and its surrounding areas. October to May is the best time to visit Ranchi when the temperatures and humidity are low and the weather is pleasant. There are many tourist attractions like the Sun Temple, Ranchi Hill & Lake, Nakshatra Van, Rock Garden & Johna Falls. From atop Ranchi Hill, visitors can see the entirety of the city and its natural surroundings for miles around. Famous Dassam fall is a favorite picnic spot near Ranchi. Devotees from all over India turn out in big numbers in Ranchi to offer prayers in the temples of Ranchi, especially during the during the 'Rath Yatra' festival in the month of July. The easy availability of buses, jeeps, railway services, airline services help the tourists to reach the attractions of Ranchi comfortably. For More Click Here

Ranchi is rapidly turning into a modern city with the opening of many shopping malls, fast food joints & multiplexes. GEL Church complex and Roshpa Tower are shopping points with many retails outlets and restaurants. Major retail brands like Big Bazaar, Reliance Mart, Vishal Mega Mart, Reliance Fresh, etc. have their retail outlets in the city. One can enjoy Food at places like Subway, Dominos, Dosa Plaza, Pizza Hut, KFC, Cafe Coffee Day (CCD), Moti Mahal Deluxe Restaurant, etc. Besides these places like Mitra & Navin markets are also a good place to shop & bargain. The city has something to offer to everyone. Shoppers must check out the narrow alleys of the streets that overflow with souvenir shops. For More Click Here

A well- developed transportation system works as catalyst for growth oriented public economy and utility services. Ranchi is well- connected to other parts of the world by rail, road & air. People can choose from the diverse modes of transport available as per as their budget. Ranchi Railway Station is main station of Ranchi, besides there are few more stations in city namely, Hatia Station, Tatisilwai Station and Namkom Station. People coming to the city by air will land at the Birsa Munda Airport in Ranchi. There is direct flight from the airport to Patna, Mumbai, Pune, Delhi, Bangalore, Chennai, Jammu, Goa and Kolkata. NH 33 and NH 23 passes through Ranchi. Buses of the Jharkhand State Road Transport Corporation and private buses ply regularly connect Ranchi to other major cities. A city bus service under Jawaharlal Nehru National Urban Renewal Mission was started in 2010 to meet the demands of public transport. Auto rickshaws and cycle rickshaws form the major part of local transport within the city. For More Click Here

Ranchi at a glance